Mark your calendars: from 20-21 September, the International Chamber of Commerce (ICC) and International Federation of Consulting Engineers (FIDIC) will host their annual joint conference for the first time in Tbilisi, Georgia in the heart of the Caucasus region.

Standing at the crossroad between Europe and Asia and proximately located to lucrative trade routes that connect the East and West, Tbilisi is ideally situated to bring together the different cultural and legal viewpoints that impact construction disputes under FIDIC contracts.

Participants can expect to gain insight and intelligence on an array of topics, including:

Additionally, there will be a dedicated session to potential changes in the contracting and dispute resolution landscape, which are influenced by China’s Belt and Road Initiative (BRI), as well as construction projects in the Commonwealth of Independent States countries and Caucasus region. The ICC Court recently launched its own dedicated Belt and Road Commission to drive the development of ICC’s existing dispute resolution procedures and infrastructure to support Belt and Road disputes.

To animate our discussions, we have enlisted a line-up of dynamic and well-established construction and dispute resolution professionals. Expect to engage in exchanges with experts like Ellis Baker, Head of the Construction and Engineering Practice Group at White & Case; Aisha Nadar, a FIDIC Executive Committee member and Chair of the Procurement Policy Sub-Committee; Mark Roe, Partner and Head of International Arbitration at Pinsent Masons; and Christopher Seppala, a Partner of counsel at White & Case and FIDIC’s representative on the ICC Court.

The ICC-FIDIC Conference also lends itself to a number of networking opportunities. Whether connecting with fellow participants via the ICC Events app before or during the event, joining in our interactive panel sessions through live polls or exchanging experiences with industry peers during our various social events, the conference offers many ways to enhance your professional network.

FIDIC will also host a pre-conference workshop on 19 September 2018 for those new to FIDIC 1999 forms of contract for major works.

Learn more or register to attend the ICC-FIDIC Conference on International Construction Contracts and Dispute Resolution. 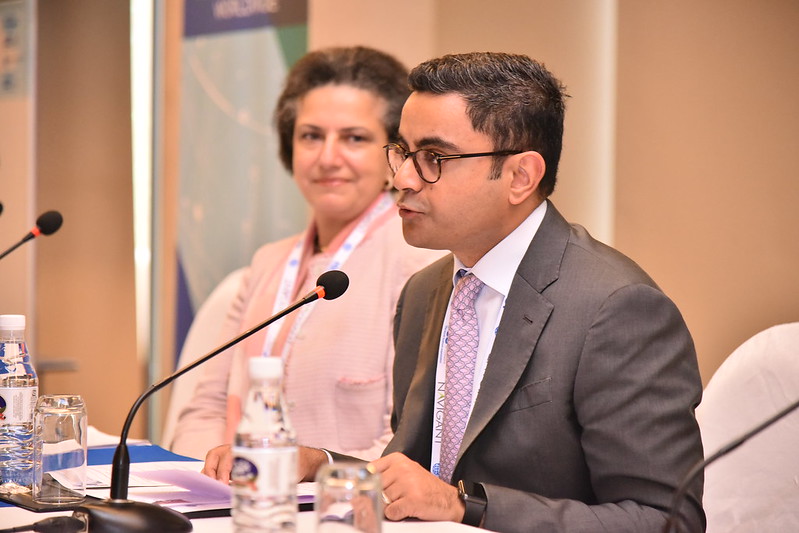 ICC will once again join forces with FIDIC to gather representatives from legal, construction and government sectors to examine regional disputes and procedures. The ICC-FIDIC Conference will take place digitally for the first time in October 2021.