The 4th edition of the ICC Africa Conference on International Arbitration is set to take place in Lagos, Nigeria from 17-19 June. Co-organised by national committee, ICC Nigeria, the annual event aims to create awareness of the strategic importance of arbitration in the dispute resolution process.

The conference is set to kick off with a specialised training hosted by the ICC Institute of World Business Law.  The advanced-level programme will focus on the drafting of enforceable awards and is now sold-out due to popular demand. Participants will receive best practice tips and valuable insight pertaining to awards and their legal drafting styles from a team of international experts, including the Founding Partner and Head of International Arbitration for Zulficar and Partners, Mohammed S. Abdel Wahab. Mr Abdel is also a Vice-President of the ICC International Court of Arbitration.

Held under the theme “Africa: Open for Business”, the two-day conference will showcase Nigeria’s commitment to the growth of arbitration and its ability to attract investment to the region. During a press conference held on 6 May, Senior Advocate of Nigeria and Chair of the 2019 Conference Planning Committee Mike Igbokwe (SAN) said that foreign investors often insisted on efficient international arbitration as the preferred dispute settlement mechanism to be adopted in the settlement of any dispute that may arise from their investments. He added that arbitration was also gaining acceptance in many parts of Africa and that it was common to see arbitration clauses in contracts involving corporate bodies.

The programme focuses on a range of key topics important to the region, including a session to discuss the correlation between the number of disputes with an African connection, and the number of African arbitrators appointed to those (and other) disputes. According to a 2018 study by the SOAS University of London, 58% of respondents had never been appointed as arbitrator in domestic arbitrations. The session is set to examine the need for greater transparency and guidance as to the selection and appointment of arbitrators and will look at how existing rules relating to arbitration appointments, such as the International Bar’s Association’s Guidelines on Conflict of Interest and the ICC Arbitration Rules, address a range of diversity issues—from age and gender to race and geographical representation, as well as the “select pool”.

The event will also celebrate the 100th anniversary of the world business organization following the launch of celebrations in Paris on 28 May. The centenary session will discuss how good corporate governance and anti-corruption practices can help stem the rise in global inequality. Speaking on the panel, ICC Secretary General John W.H. Denton AO will highlight how the multilateral rules-based system has contributed to a rise in living standards globally. A celebratory gala dinner featuring traditional African food, dance and entertainment will be held following the conclusion of the conference.

Register today for the 4th ICC African Conference on International Arbitration and take advantage of the early-bird rate from now until 31 May. Interested in doing more than attending? Sponsoring this event offers complimentary access to the conference, as well as a variety of exclusive branding opportunities.

Browse through our past photos of the event: 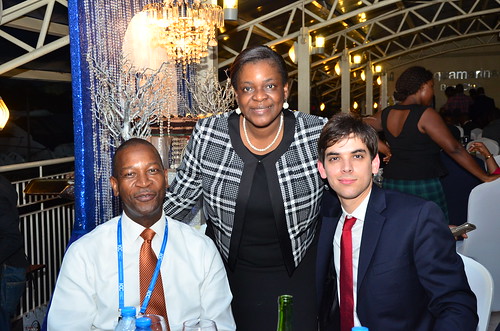