This year’s G20 Leaders Summit concluded last week in Hangzhou, China. The event took place against a backdrop of sluggish GDP growth and growing concerns about stagnating living standards – leading G20 leaders to place a heavy emphasis on global trade as an engine of inclusive growth and job creation in their annual communiqué.

ICC, the world business organization, commended the G20’s focus on strengthening the global trading system, but turning words into action has not always been a strong point for the G20 when it comes to trade.

Here are four ways we think the G20 can take meaningful action in the coming months to revitalise world trade as a driver of growth, opportunity and jobs:

Four G20 countries are yet to ratify the World Trade Organisation’s landmark Trade Facilitation Agreement forged in 2013. ICC has called for the deal to be ratified and implemented without delay to facilitate access to global markets by reducing unnecessary red tape at borders. The deal could add more than US$1 trillion to global trade flows, creating 20 million jobs in the process. G20 governments need to lead by example in ensuring this agreement is implemented without further delay.

2. Stop protectionism in its tracks

A recent WTO report cited that between mid-October 2015 and mid-May 2016, G20 economies had introduced new protectionist trade measures at the fastest pace seen since 2008.

ICC has been clear that tackling protectionism should be a first order priority for the G20 and has called on the G20 to lead by example when it comes to refraining from introducing new trade barriers.

In a letter to the Financial Times published Monday, ICC Secretary General John Danilovich said that spearheading talks on a new e-commerce agreement under the auspices of the World Trade Organisation could “unleash a new era of genuinely inclusive growth”.

With studies showing the growth of small- and medium-sized enterprises using online platforms to be five times more likely to export than those in the traditional economy, ICC believes efforts to level the global trading field must start with a concerted push to address remaining barriers to Internet-enabled commerce.

4. Make the case for why trade matters

ICC couldn’t agree more with the G20’s analysis that the benefits of trade and open markets must be communicated to the wider public more effectively. But amid souring public opinion on trade in many of the world’s largest economies what is the best way to explain how and why trade matters for all?

Launched earlier this year, ICC’s #TradeMatters campaign aims to promote a balanced and evidence-based debate on the role of trade in today’s economy. One based on fact and experience rather than the myth and hearsay of political campaigns.

As part of the campaign we want to tell your trade story: what does importing or exporting mean for your business? Where do you need help to better access international markets?

To submit your story, email us including a one-line description of your company and why trade matters to you: tradematters@iccwbo.org 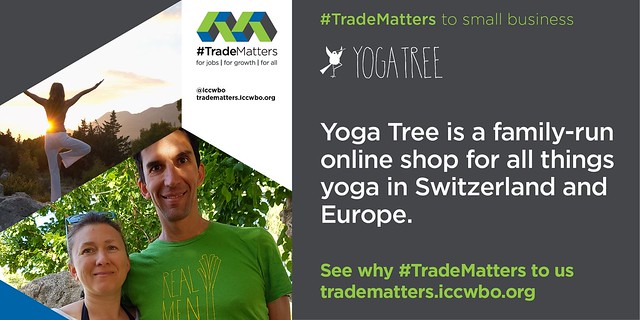