Five things to know about the Business and Climate Summit

Around 1,300 business, government and industry leaders are converging at UNESCO Headquarters in Paris today for the start of the Business and Climate Summit, a unique event set to showcase what business is doing to address climate change and what more the private sector could do with the right policies in place.

Taking place on 20-21 May, the Summit is the highlight of Paris Climate Week and as a leading partner ICC has the lowdown on what you need to know about the event:

A milestone on the road to COP21…

2015 is poised to be a landmark year for international climate policy. The Business and Climate Summit is being held exactly 200 days before the UN Paris Climate Conference (COP21), where it is expected a new global deal will be reached. The Business and Climate Summit is intended to send a strong signal that business is fully committed to a successful outcome to COP21-and specifically a new global climate deal that works with business to scale-up investment in climate-friendly and climate-resilient technologies. …and not just a talk shop

There is international consensus that we must limit the increase in global temperature to no more than 2˚C. Business recognizes the importance of taking action now to tackle climate change and sees the Business and Climate Summit as part of an ongoing process to fundamentally shift the way business engages on the development of climate policy. In other words, the Summit is a pivotal moment to enhance the way business and governments engage in run-up to COP21… and beyond! 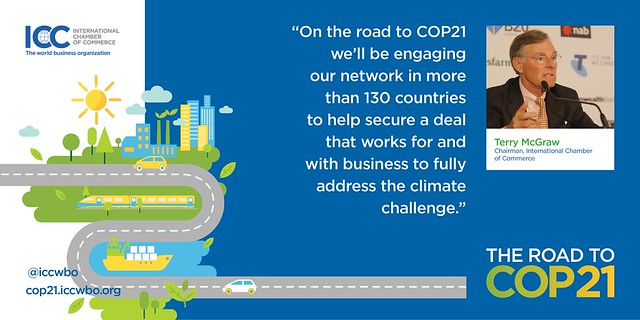 So what concretely will the Summit achieve?

The overarching aim of the Business and Climate Summit is to produce a set of conclusions that will – for the first time – set out the views of leading businesses and associations on the key elements of a global climate change treaty. Business can play a constructive role in informing the entire life-cycle of climate policy by helping setting priorities, crafting policy options and of course, taking action. Business is already taking a lead in delivering and deploying powerful solutions that support the global climate agenda. The COP21 negotiations and any new global climate deal stand to be more effective in tackling climate change with better business input. We’re not seeking to negotiate – that is the role of governments – but there must be a recognized role for business to help ensure that climate issues are addressed in the most effective way, and one that supports economic growth and job creation. 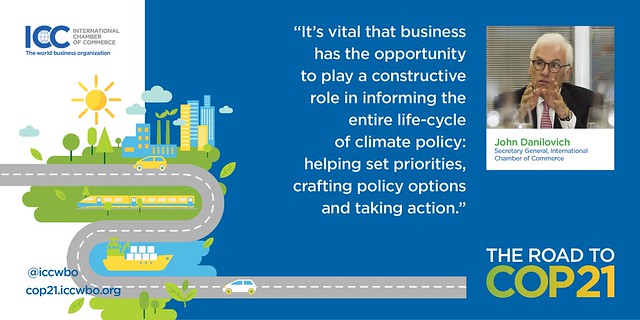 Who will be attending the Summit?

Is ICC a newcomer to the climate debate?

Far from it! ICC has been committed to promoting sustainable business worldwide for more than 40 years. In the 1970’s we developed the first ever environmental guidelines for industry and launched the first edition of the ICC Business Charter for Sustainable Development in 1991. In 2012 we issued the ICC Green Economy Roadmap and since 2013 have been the global business focal point to the UNFCCC conferences.

We see participation in the Business and Climate Summit as a logical continuation of this work by helping companies to engage in a constructive and meaningful way in the climate policy debate. 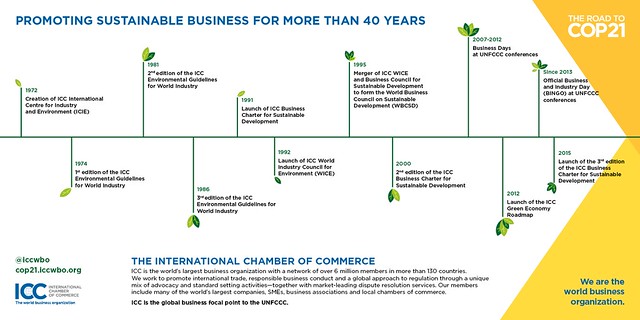 How can I follow the event and find out more?

You can also learn more about the work of the ICC Commission on Environment and Energy.