5 ways to shape our digital future

Information communication technology (ICT) has been recognised as an underpinning tool to facilitate achievement of the United Nations Sustainable Development Goals. Yet there is also recognition of the need to equip populations with the necessary digital skills, including literacy, technical and soft skills to meaningfully use and reap the benefits of digital technology.

A workshop, during the Internet Governance Forum in Geneva today, has highlighted some of the activities being undertaken by a range of stakeholders to build skills in this area and address the growing need for a broader digital literacy culture.

The multistakeholder workshop was organized by International Chamber of Commerce (ICC) Business Action to Support the Information Society (BASIS) initiative, the Centre for European Policy Studies, the Government of Mexico and the Federation of Indian Chambers of Commerce and Industry (FICCI).

Current research suggests that more than 50% of the adult population in 28 OECD countries can only carry out the simplest set of computer tasks, such as writing an email and browsing the web, or have no ICT skills at all. And despite the development of Information and communication technology (ICT) in education policies, the integration of technology in classrooms across sub-Saharan Africa remains insufficient to meet the needs of the 21st century labour market.

Thomas Whitehead of  BT moderated the session and said: “The Internet Governance Forum  is at the intersection of what governments, businesses and civil society do best which is to help adjust skills to allow people to really work together to function well in what we see as a new burgeoning technological future.”

Here are our five key takeaways from the discussions:

1. Teachers need to be equipped with the resources and skills

Jon Chippindall, a teacher and participant in BT’s Barefoot Computing Project, joined discussions remotely with students from a primary school in Manchester, England to share experiences on the resources they have used to learn the skills of coding. Mr Chippindall described the learning as cross circular. “When curiosity is ignited students go away and share it in their own time,” he said.

School children in Manchester show #IGF2017 how they are learning #digitalskills. Teacher. Jon Chippindall of @BarefootComp describes the learning as cross circular. When curiosity is ignited students go away & share it in their own time. #IGF2017 #futureofwork pic.twitter.com/qxgHyX6wcm

“Only 40% of schools in Tunisia are connected,” said Samar Baba, CEO and Cofounder of Tawasol, a project to pioneer social change in the country through technology and establish connections between people and communities. The government is trying to start smart schools that use technology and provide tablets and computers… with government support and support of IEEE, we’re making it happen.  We’re providing workshops about how to use the Internet…how to code, through scratch for the kids, C++, and java python for the older one. We are providing content that contains information on fields of study, videos that facilitate 200% what they’re studying and so on.”

Samar Baba of @IEEEorg “We want to create a new community-oriented mind-set where social connection and change are a key value.” #DigitalLiteracy #IGF2017 #WS141 pic.twitter.com/IDYyzBdu45

2. Youth-led initiatives are key to engagement

The need to empower young people and maximize youth participation in policy dialogues was underscored as crucial to understanding the skill gaps youth can face in increasingly online environments.

Netmission Ambassador Edward Choi said that despite 90% of youth in Hong Kong owning or having access to mobile phones or tablets, there was little involvement in internet governance due to lack of incentive and awareness.

#Netmission ambassador Edward Choi: Despite 90% of youth in Hong Kong having mobile phones or iPad, there’s little involvement in @intgov due to lack of incentive & awareness. #netgov #digitalfuture #IGF2017 pic.twitter.com/cYd64CSdDl

Participants heard examples relating to how Japan has mobilized human resources with IT through private-public partnerships to support public policy in boosting productivity.

Underscoring the importance of developing digital skills as a means for Japan to increase labour productivity, Kenta Mochizuki explained how Yahoo! Japan is working with the government and the cyber university of Japan, to provide on-site training for students teaching them how to open a store and also how to deal with customer transactions.

Kenta Mochizuki from @Yahoo Japan #digitalskills can support efforts to boost Japanese labour productivity, one of the poorest among the #G7 countries #IGF2017 #WS141 pic.twitter.com/vhHfdIszlm

4. Use technology to scale up initiatives

Virat Bhatia of the Federation of Indian Chambers of Commerce and Industry described India’s ambitious rural literacy program to bring literacy to 16 million households by March 2019.

“An important component to get over some of the challenges that we have in terms of digital literacy and skills will be video… it will help people get skills faster than they would if the information was given out in text format.”

Across the developing world, nearly 25% fewer women and girls than men have access to the Internet.

Sharada Srinivasan of one world connected highlighted the value of peer learning networks as a stepping stone to long-term engagement and as an effective way of building competencies, especially for gender based initiatives. “Peer learning networks that are created around digital skills tend to last because people are looking for a community when they come online,” she said. Ms Srinvisan also drew attention to the value of identifying champions. She advised: “Use the current context, identify the need and intervene at the right level.”

.@SharSrinivasan Peer learning networks that are created around #digitalskills tend to last because these people look for a community when they come online. #IGF2017 #WS141 pic.twitter.com/4dnD8cx9Jz 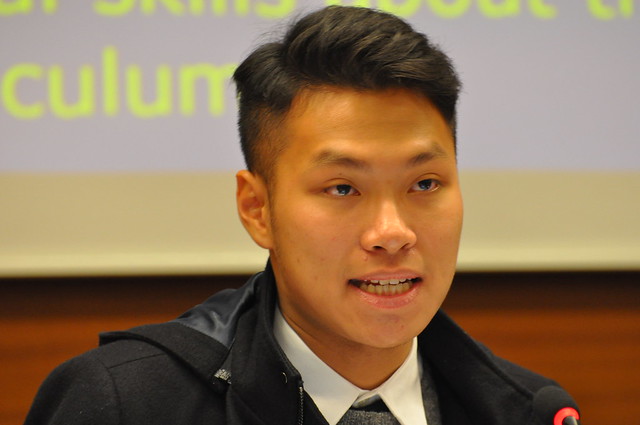