The International Chamber of Commerce (ICC) and the International Federation of Consulting Engineers (FIDIC) held their annual joint conference on construction contracts and dispute resolution in Tbilisi, Georgia last month.

Over 100 participants from 29 countries attended the high-level event to gain insight into ICC Arbitrations, FIDIC contracts and procedures for claims and disputes in the construction sector and network with top-level industry leaders.

Here’s a breakdown of our conference experience.

“There are many new developments in the rules regulating construction contracts and construction disputes under the FIDIC contracts. At the same time, Georgia has intensified its efforts to turn the country into a regional hub for arbitration and alternative dispute resolution, thus contributing to business and an investment-friendly environment in the country,” said Ms Tsulukiani in her opening address to the two-day conference. Ms Tsulukiani explained how different agencies of the Georgian government use FIDIC contracts and noted that these types of contracts often involve foreign companies, which brings an international dimension to state-contractor dispute resolution.

Touching further on the importance of dispute resolution mechanisms, Mr Bakakuri added: “Many infrastructure and construction projects have been currently, and will continue to be, implemented in Georgia. Thus, it is especially important to promote the proper legal relationship between all parties involved in the implementation of such projects; assist in avoiding disputes; and propose alternative mechanisms of dispute resolution, which make the lives of parties and the courts easier. We judges, are always interested [in finding ways for] the parties to avoid or settle disputes or use dispute resolution mechanisms other than courts.”

The event revealed that an MOU between the ICC Court and the government of Georgia will be signed in Paris, France before the end of the year. The focus of the agreement is to strengthen cooperation between the two bodies and further develop synergies in areas of shared interest.

Speaking to media in Georgia, the Chairman of ICC Georgia Fady Asly said: “This [partnership] will encourage investors to come to Georgia from Central Asia and Eastern Europe [and] will make Georgia an important player in the region. Overall, it will improve the position of the country in international ratings and have a positive impact on the country’s reputation as a good place for investment.”

Strategically led by its Belt and Road Commission, the ICC Court aims to drive the development of its existing dispute resolution procedures and infrastructure to support disputes along the Belt and Road – also known as the Silk Road Economic Belt – including in Georgia which is ideally situated at the crossroads of Western Asia and Eastern Europe. According to the 2017 ICC Dispute Resolution Statistics, construction and engineering disputes account for close to a quarter of all ICC Arbitration cases, while the finance and insurance sectors account for another 20%, on average. More specifically, of those construction and engineering cases, 32.6% involved parties from Central and East Europe. As a leading provider of dispute resolution services, ICC is well placed to handle disputes of any size and complexity.

Commenting on the intricacy of such cases, Deputy Chairman of the Georgian Association of Arbitrators Lasha Nodia said: “Disputable issues may include deadlines, expenses, disagreements with projects, compensation for additional work and other similar matters…Quality is of course [also] one of the most important components. Imagine that infrastructure projects that are discussed and resolved in relation to contracts are not because one side is bad or one of the parties wants to be deceitful, but because it is a complex project, involving complex work and when a big project is concerned, it is crucial that experts are involved.”

Panel discussions focused on a broad range of topics, including how ICC’s Emergency Arbitrator Procedure functions in the construction context; liability issues during the life of a project in construction disputes; the enforcement and enforceability of Dispute Adjudication Board decisions by arbitral tribunals in different jurisdictions; the specificities and opportunities of Belt and Road related projects and disputes in the region; and the operation in practice of the dispute avoidance and resolution clauses in FIDIC Contracts.

“To be independent and impartial is one of the obligations of members of #DAAB.-@ALeoveanu pic.twitter.com/o9oTRVTTkZ

The annual event was an ideal opportunity for construction law practitioners to mix with their peers and to meet industry leaders face-to-face. Participants gained an understanding of how other practitioners approach and overcome challenges; got hands-on demonstrations of fundamental techniques and strategies; and made key connections to potentially boost their careers.

“This is a very important conference, which gives us the opportunity to meet with representatives from the Georgian government and talk about international arbitration,” said Mr Asly. 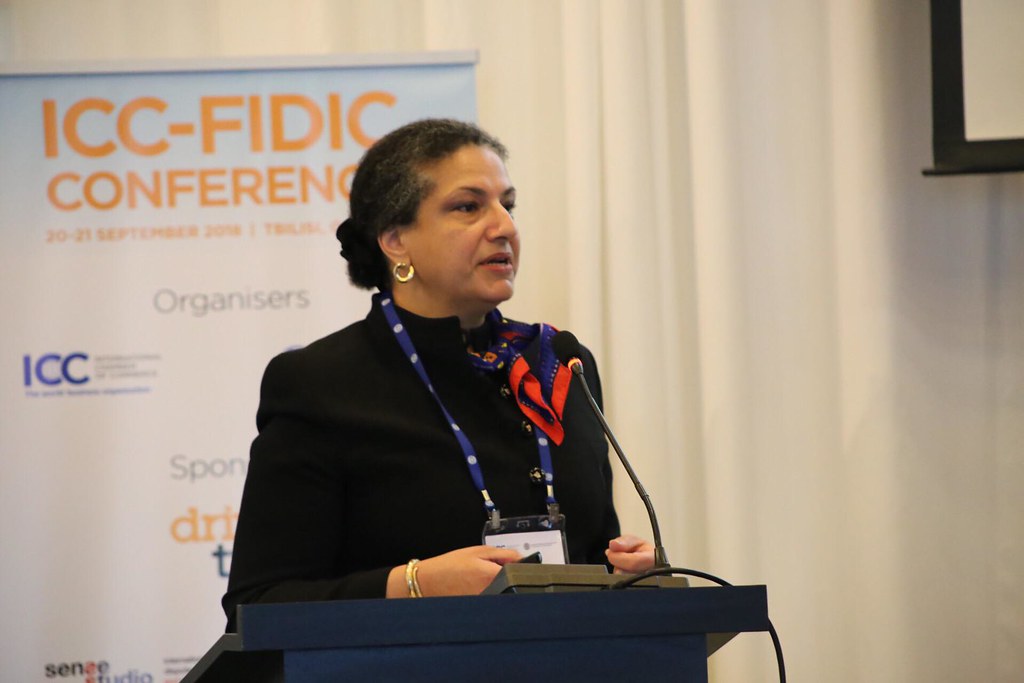